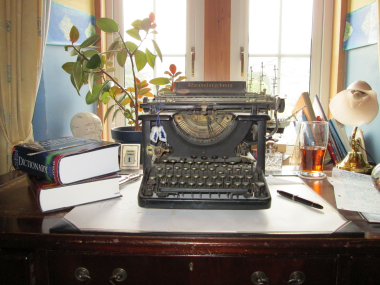 As well as being the year that Elizabeth the Second was crowned Queen and Edmund Hillary became the first man to climb Everest, 1953 was also the year that I was born. This momentous event happened in a nursing home somewhere in London.

The Howard family moved to Norwich when I was a toddler where I was subsequently educated at Norwich School. This period of my life, particularly the antics of my father, known as ‘The Dod ’, an enthusiastic beer drinker and part time eccentric, is the subject of my first book, ‘The Tales of Dod ’.

In 1970, against all odds and to everyone’s surprise, not least my own, I was offered a place at St Thomas’ Hospital Medical School in London. The subsequent, often fraught transition of myself and a few colleagues from errant schoolboys to budding doctors, is the basis of ‘Spoz and Friends’. This selection of stories documents some of the antics, the highs and lows, of an immature young man taking his first faltering steps into adulthood and the world beyond Norwich.

My years as a junior doctor are scarred by memories of long hours and one-in-two on-call rotas. However – mainly through pure bloody mindedness – I managed to survive and it was as part of a medical rotation in Cambridge that I was first exposed to cancer medicine and quickly decided that Oncology was the career for me.

After training in London and Cambridge I was appointed to a consultant post in Edinburgh where I have remained ever since. Some light-hearted moments from those years, as well as some of the more tragic, are recalled in ‘The Marble Corridor’.